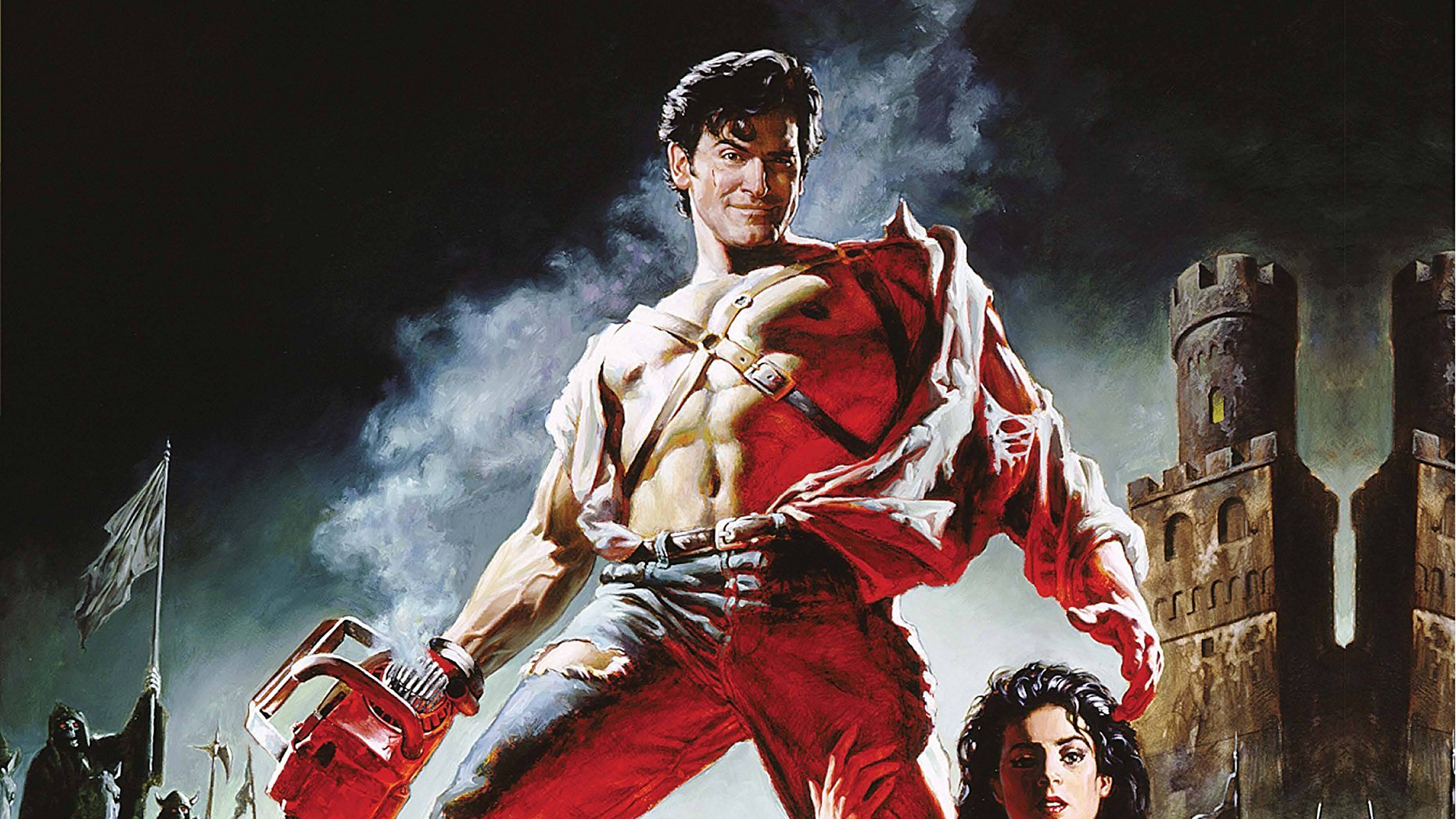 Ashley Joanna “Ash” Williams is an idiot and a hero. But mostly an idiot. For over 35 years, he’s battled the deadites, evil demons hellbent on the destruction of humankind.

Ash’s first encounter with deadites happened when he and his girlfriend, Linda, were vacationing in a cabin in Morristown, Tennessee. It seems an archaeologist had come to the cabin before the couple to translate and study his latest find: Necronomicon ex Mortis, The Book of the Dead. Bound in human flesh and inked in blood, this ancient Sumerian text contained bizarre burial rites, funerary incantations, and demon resurrection passages. It was never meant for the world of the living. The book awoke something dark in the forest. First, it took Linda. Then it came for Ash.

It got into his hand and went bad, so Ash lopped it off at the wrist. Then it came back—big time. With the help of the archeologist’s daughter, Ash opened a portal through time and space which destroyed the evil. As a side effect, the portal also deposited Ash in 14th-century medieval England.

Again, Ash (reluctantly) battled the forces of darkness, this time with the help of an army of knights. Once defeated, Ash used another incantation to return home.

Of course, that wasn’t the end of the deadites…

Unarmored Defense. While Ash is wearing no armor, his AC includes his Constitution modifier.

One-Handed. Ash cannot hold anything in two hands, and he can hold only a single object a time.

Second Wind (Recharges after a Short or Long Rest). As a bonus action, Ash can regain 20 hit points.

Multiattack. Ash makes two attacks with his chainsaw hand and one attack with his unarmed strike.

Chainsaw Hand. Melee Weapon Attack: +5 to hit, reach 5 ft., one target. Hit: 9 (3d4 + 2) slashing damage. If Ash chooses, he can lodge the chainsaw in the target, effectively grappling it (escape DC 13). While grappled, the target takes  7 (3d4) slashing damage at the end of each of its turns and Ash can’t use his chainsaw hand on another target.

Boomstick. Ash fires his sawed-off shotgun, sending shot in a 15-cone. Each creature in the area must make a DC 11 Dexterity saving throw, taking 9 (2d8) piercing damage on a failed saving throw or half as much damage on a success. To use this action again, Ash must use his bonus action or a legendary action to reload the shotgun.

Eye Poke (Costs 2 Actions). Ash pokes a creature in the eyes with two of his fingers. The target must succeed on a DC 13 Constitution saving throw or become blinded until the end of Ash’s next turn.

Gun Spin (Costs 3 Actions). Ash reloads his shotgun if necessary. Ash then spins his gun on his finger (and probably says something corny while doing it). Until the end of Ash’s next turn, all creatures have disadvantage on their Dexterity saving throws against his Boomstick attack.

Groin Kick (Costs 2 Actions). Ash makes an unarmed strike attack against a creature he is aware of. If the attack hits, the creature must succeed on a DC 13 Constitution saving throw. On a failed saving throw, the creature becomes incapacitated until the end of its next turn and its movement is reduced by 10 feet. Creatures that lack sensitive anatomy are immune to this effect (although, the GM may overrule this for the sake of comedy).

Quip. Ash insults a creature he can see within 30 feet of him. If the creature can hear Ash, it must succeed on a DC 13 Wisdom saving throw or have disadvantage on the next attack roll it makes before the end of its next turn. A creature that succeeds on its saving throw is immune to this effect for 24 hours.

Ash can replace his chainsaw hand with a robotic gauntlet. While Ash has his gauntlet equipped, he loses his one-handed trait and chainsaw hand attack, but gains the following action options: