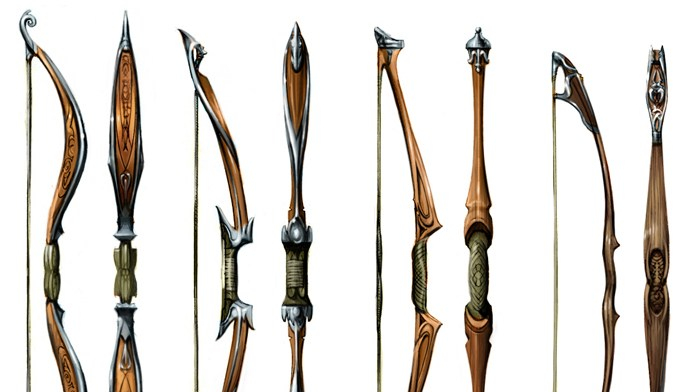 This section introduces new magic items that you can use in your Fifth Edition games. The magic items are presented in alphabetical order.

The arrow of doom is an incredibly destructive weapon, capable of leveling entire fortresses or decimating whole armies in a single shot. When you fire this arrow, a 300-foot long and 10-foot wide burst of force energy erupts from your bow. Each creature in the area must make a DC 18 Dexterity saving throw, taking 5d10 + 20 force damage on a failed saving throw or half as much damage on a successful one. If this damage reduces the target to 0 hit points, it is disintegrated.

A disintegrated creature and everything it is wearing and carrying, except magic items, are reduced to a pile of fine gray dust. The creature can be restored to life only by means of a true resurrection or a wish spell.

The force from the arrow automatically disintegrates a Large or smaller nonmagical object or a creation of magical force. If the target is a Huge or larger object or creation of force, the blast disintegrates a 10-foot-cube portion of it. A magic item is unaffected by this arrow’s effect.

Once the arrow is fired, it is instantly destroyed.

When a target is hit by this magic arrow, the arrow explodes. The target takes damage from the arrow plus 5d8 fire damage. In addition, each creature in a 20-foot radius sphere center on the target must make a DC 13 Dexterity saving throw, taking 5d8 fire damage on a failed saving throw or half as much damage on a successful one. The arrow is destroyed after it explodes.

After you fire this arrow, it instantly illuminates, shedding bright light in a 20-foot radius and dim light for an additional 20 feet. The arrow remains illuminated for 1 hour, then fades and permanently becomes a nonmagical arrow.

A creature restrained by this effect must make another Constitution saving throw at the end of each of its turns. If it successfully saves against this effect three times, the effect ends. If it fails its saves three times, it is permanently turned to stone and subjected to the petrified condition for the duration. The successes and failures don’t need to be consecutive; keep track of both until the target collects three of a kind. After the arrow’s effect is used once, it can no longer turn a creature to stone.

This barbed bow is carved from the carefully preserved spine of a barbed devil. When you fire an arrow from the bow, the arrow lights on fire. In addition to the damage normally dealt by the weapon, the arrow deals 3d6 fire damage, and if the target is a flammable object that isn’t being worn or carried, it also catches fire.

This bow is a magical weapon. When you use an action to pull back the bowstring and speak its command word, you and the bow instantly vanish and teleport up to 60 feet to an unoccupied space that you can see.

Weapon (any shortbow or longbow), common

This magical arrow flies around without the use of a bow and can attack targets on its own. As a bonus action, you speak a command word causing the arrow to float in place. Then, make a ranged attack roll at a creature within 60 feet of you using an attack bonus equal to your proficiency bonus plus your Intelligence modifier. On a hit, the target takes magical piercing damage equal to 1d8 plus your Intelligence modifier.

As a bonus action on your turn, you can mentally retrieve the arrow and move it up to 60 feet and repeat the attack against a creature within 5 feet of it.

You can continue to command the arrow for 1 minute. At the end of the duration, the arrow loses its ability to fly on its own and falls in its space.

The arrow’s property can’t be used again until the next dawn. In the meantime, the arrow can still be used as a magic weapon.

Next: Part 5. Weapon of Legacy: The Crimson Bow