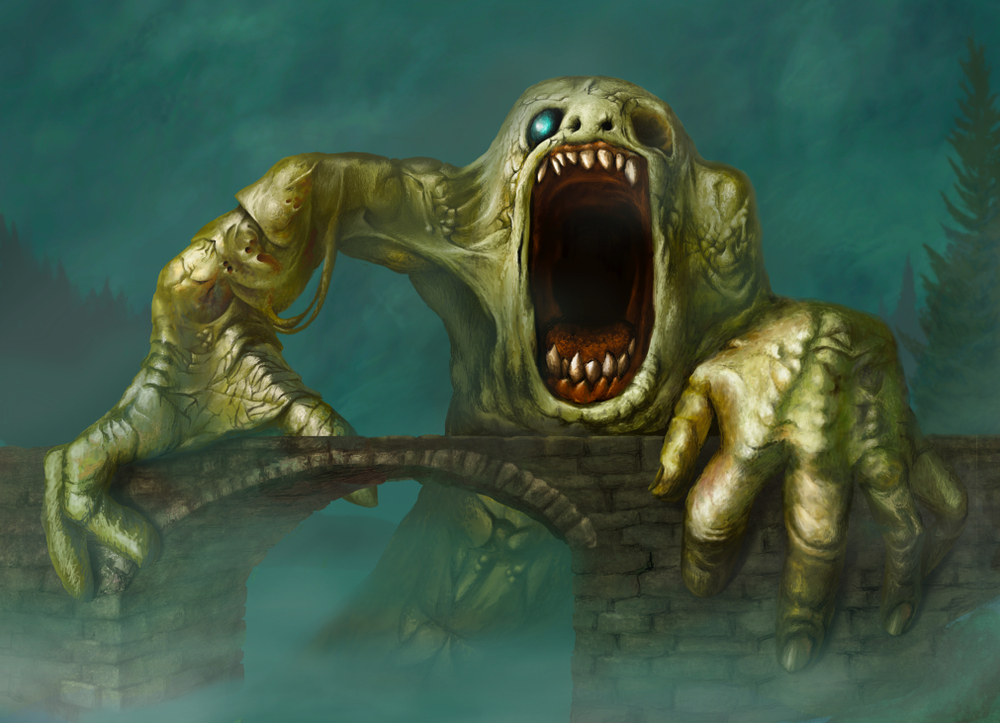 I love open-ended requests, especially when it’s a monster. It lets me be creative. For example, I just got this request from one of my patrons:

2 CT tokens – Monster CR 13, Swamp Monster found in the Swamp of Oblivion between the Elemental Plane of Water and Earth. That’s all the information I have. Have fun with it!

I think I will!

Since I didn’t really have a creature in mind, I turned to Shutterstock to find something pretty horrific (the picture above and below).

From the Dungeon Master’s Guide:

The border region between the planes of Water and Earth is a horrid swamp where twisted, gnarled trees and thick, stinging vines grow from the dense muck and slime. Here and there within the Swamp of Oblivion (also called the Plane of Ooze), stagnant lakes and pools play host to thickets of weeds and monstrous swarms of mosquitoes. The few settlements here consist of wooden platforms between trees, but a few stand on stilts driven deep into the muck. No solid earth underlies the mud of the swamp, so houses built on poles eventually sink down into it.

So I can create all sorts of stuff so long as it’s gross? Gotcha. I think a legendary creature would be fun, too, to really give some PC’s a run for their money.

I generated the name bemphuth from fantasynamegenerators.com.

Elemental Nature. The bemphuth does not require air, food, drink, or sleep.

Amorphous. The bemphuth can move through a space as narrow as 5 feet wide without squeezing.

Mosquito Cloud. Tens of thousands of biting mosquitos buzz around the bemphuth. At the start of each of the bemphuth’s turns, a creature within 5 feet of it takes 10 (4d4) piercing damage.

Magic Resistance. The bemphuth has advantage on saving throws against spells and other magical effects.

Swamp Camouflage. The bemphuth has advantage on Dexterity (Stealth) checks made while in swamps.

Slam. Melee Weapon Attack: +13 to hit, reach 15 feet., one target. Hit: 21 (3d8 + 8) bludgeoning damage. If the target is a creature, it must succeed on a DC 18 Strength saving throw or become coated in thick, sticky mud. While stuck in the mud, the creature is restrained. The creature can use its action to make a DC 18 Strength check to break free from the mud.

Mud Vomit (Recharge 5-6). The bemphuth spews a shower of mud in a 60-foot cone. Each creature in that area must make a DC 18 Dexterity saving throw or take 45 (10d8) bludgeoning damage on a failed save and be knocked prone, or half as much damage on a successful one and not be knocked prone.

Move. The bemphuth moves its speed.

Poison Cloud (3 Actions). The bemphuth emits a toxic cloud of gas in a 30-foot cube originating from it. Each creature in the area must make a DC 18 Constitution saving throw or be poisoned until the end of the bemphuth’s next turn. While poisoned, the creature’s is blinded. On a successful saving throw, the creature is immune to the Bemphuth’s Poison Cloud for 24 hours.