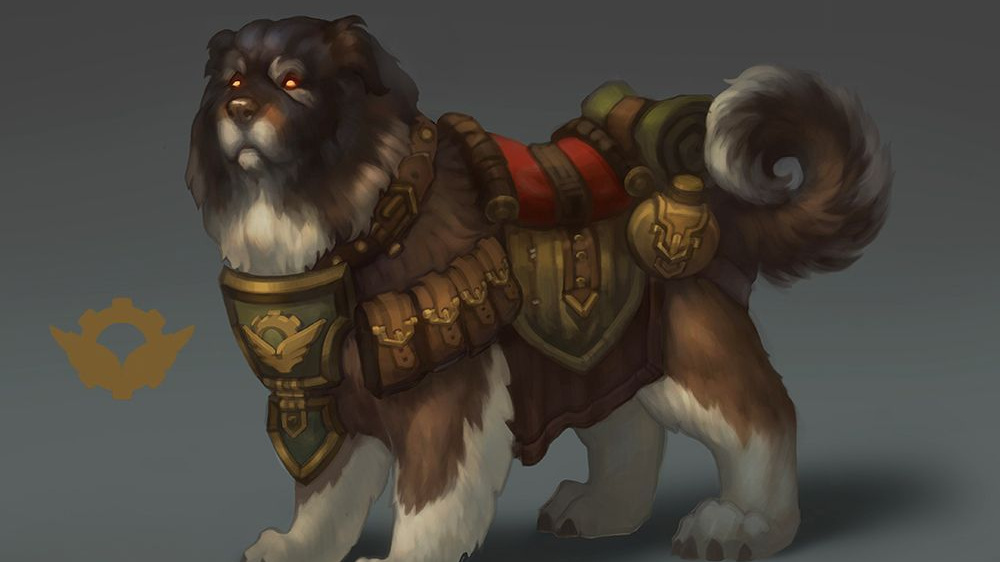 This is a request I got a while back that I’m finally able to get to making (sorry for the delay, Graham).

Graham’s request is simple: “A genetically superior hellhound bred for battle.” Graham expanded on the idea on Instagram: “What would a war dog be like? In the world I’m building, the dwarves of the [redacted to keep his IP safe] mountains came across some hellhounds and did some selective breeding.”

He then elaborated that he expected them to be Large size. So basically hell-hound-dog-horses. Sounds like fun!

Keen Hearing and Smell. The wardog has advantage on Wisdom (Perception) checks that rely on hearing or smell.

Pack Tactics. The wardog has advantage on an attack roll against a creature if at least one of the wardog’s allies is within 5 feet of the creature and the ally isn’t incapacitated.

Fire Breath (Recharge 6). The wardog exhales fire in a 15-foot cone. Each creature in that area must make a DC 13 Dexterity saving throw, taking 14 (4d6) fire damage on a failed save, or half as much damage on a successful one.

Have a request? Let me know on the requests page.

I take all requests! All you have to do is fill out the form and it gets put into the queue. Of course, Patrons get first dibs, but that doesn’t mean I don’t eventually make it through the list.

Put in a request, today!

Art by Grey-Seagull on DeviantArt.