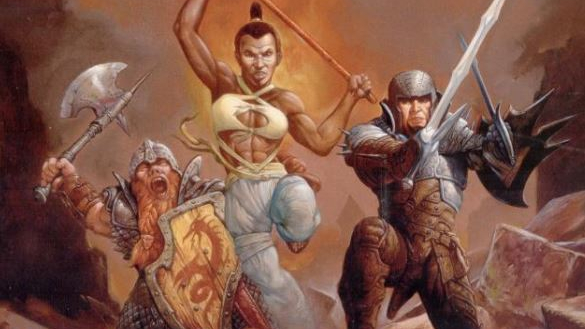 Big announcement today! While Patreon is slowly recovering from what  I’m calling Patreonapocalypse 2019 (sorry for those who are trying to get a copy of EVIL or sign-up!), I thought I’d go ahead and announce February’s collected edition theme:

In the vein of the 3rd edition player option books like Sword and Fist and Complete Warrior, MARTIAL will cover and focus on Fighters and Monks mostly, but also offer player options for the other subclasses.

Already, I’ve got some requests geared towards this so you can expect at least one fully functional class to accompany this book plus a few of the subclasses you’ve already seen here. In addition, I plan on having fully functional Mass Combat Rules along with tokens which you can print-and-play-with. Patrons of higher ranks may even get a boxed set edition of the Mass Combat Rules setting!

Here is (at minimum) what I expect to be in this book (subject to change, of course):

Become a Patron and get EVIL now!

If you become a Patron now you’ll get a copy of EVIL right now. And then, starting in early March you’ll also get a copy of MARTIAL once it’s finished.

Oh yeah, and you get a lot of other crazy stuff becoming a Patron, too, including requests, polls, swag, workshops, and more. Whoop whoop!

Become a Patron today – Tiers starting at only $3