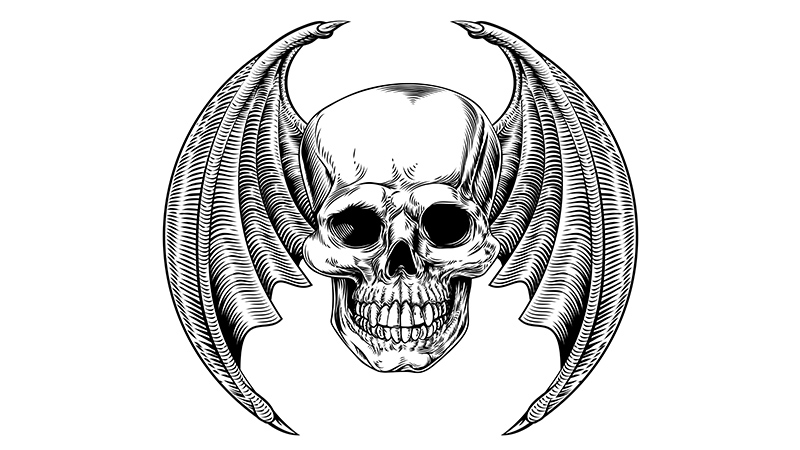 It’s not uncommon for a necromancer to have a whole bunch of spare parts lying around after building its army of skeletons. Instead of wasting these extra bits, the necromancer gets creative. And one product of their twisted sense of art are skullbats.

A skullbat is exactly what it sounds like: a humanoid skull with wings attached to the side of it. Like other mindless undead, skullbats are tasked with guarding lairs and performing simple tasks on behalf of their creators.

Multiattack. The skullbat can use its Unnerving Shriek. It then attacks with its bite.

If you like the skullbat’s stat block, then get the word out by sharing it. Click one of the buttons below.

Skullbats will be included as a Dungeons & Dragons Fifth Edition entry in a new book I’m working on for DMsguild.com titled, simply, CR 1/8.