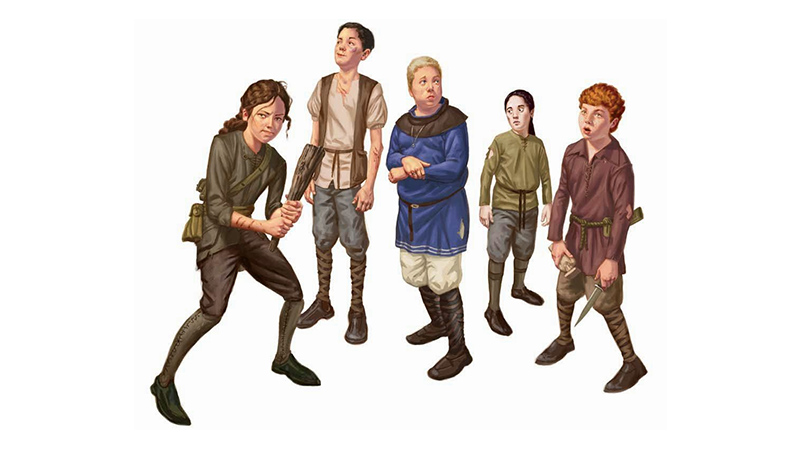 Welcome back to Stat Anything, a series where I take requests from folks on Instagram on things to convert to Dungeons & Dragons stats.

Now I know I was supposed to do the Cave of Wonders this week, but as it turns out, that’s going to take a little more time than I originally expected. The good news is, though, I’ve already done the map. Now it’s just a matter of stocking it!

In the meantime, I thought I might create a Fifth Edition “monster” that would help compliment some of the other monsters I’ve been making lately.

For example, I just recreated Second Editions’ mezzikim for 5e. If you’re not familiar with the mezzikim, it’s pretty much Pazuzu from the Exorcist. They possess you, make you sick, make you projectile vomit, levitate, etc.

Now, sure, we can possess commoners until we’re blue in the face, but honestly… we all want to see a Linda Blair-type get possessed. I’m talking about devil-possessed-kids!

By the way, if there’s anything on this blog I’ll go to hell for creating, it’ll probably be this entry right here!

How to create children for Dungeons & Dragons Fifth Edition

Honestly, this one is pretty simple. All I have to do is take a commoner and drop a majority of its abilities. Of course, how do we know which abilities to drop, and by how much?

Fortunately, I worked my way through (most of) the abilities to determine how strong, fast, hearty, and intelligent creatures are (Wisdom and Charisma are on the way, but I think I have the general principles down).

If I create children that are Reagan’s age during the Exorcist, that’s 12-years-old. Kobold’s are roughly the size of children at 7 Strength, so that’s probably where we should put them.

Children are quicker than adults but don’t have fantastic hand-eye coordination. I think keeping their Dex around 10 or 11 probably works.

As I pointed out in my article on Constitution, Constitution scales with Challenge Rating more than anything. I think a 10 is fine for children.

Intelligence is kinda touchy here, but a lot of Intelligence’s skills involve knowing things rather than understanding things. So I think a 9 is probably a safe bet.

During my research with Wisdom, I discovered that Wisdom is less about “being wise” and more about Perception. Kids are fairly perceptive (my son can often point out airplanes that I can’t even see), but not on the higher scale. So again, a 10-11 here works.

Finally, Charisma is another ability that I discovered “isn’t what they say it is.” It’s more about self-awareness and presence than it is about attractiveness or cuteness. I think kids have a reasonable sense of self, so 10 is probably best here.

Note: combat-wise, children probably fight like commoners. You can read more about how commoners fight on Keith Ammann’s blog The Monsters Know What They’re Doing.

Small humanoid (any race), any alignment

I’ve actually got to use this stat block in my next session (when a kid gets possessed and the cleric has to deal with it), but this should be pretty cut and dry.

See you next time when I (finally) create the Cave of Wonders for Aladdin.

3 thoughts on “Stat Anything: Children for Dungeons & Dragons Fifth Edition”