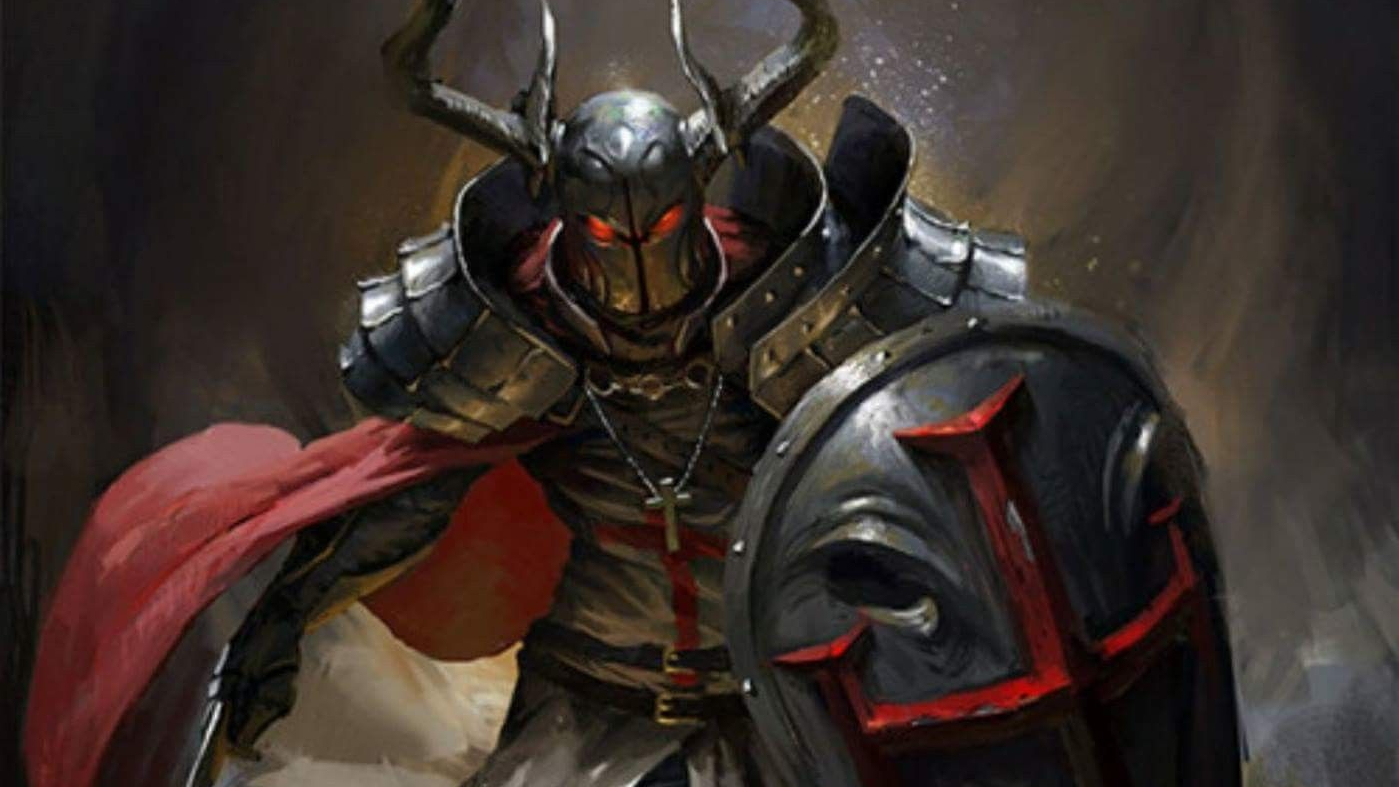 Here are my notes for this build:

I almost didn’t make this one as the original idea I had was pretty close to the Oath of Vengeance (which I conveniently forgot about until one of my players pointed it out). Oath of Vengeance works a bit like a duelist subclass, except that it ensures that when you pick a target, that target isn’t getting away from you any time soon. You can either scare the hell out of it, or you can beat the hell out of it with multiple attacks. Vengeance works mostly in an offensive capability.

However, if I’m going to create a build that is a bit like “the Terminator” it should be less about advantages and more about relentless pursuit. Basically, an Oath of Termination Paladin goes after you until you’re dead. In the words of Kyle Reese:

Listen, and understand. That terminator is out there. It can’t be bargained with. It can’t be reasoned with. It doesn’t feel pity, or remorse, or fear. And it absolutely will not stop, ever, until you are dead.

I once read something about how humans are incredibly dangerous because they are more-or-less pursuit predators. Early man’s entire hunting strategy was all about tracking creatures over long stretches of distance and time until the animal just flat out died of exhaustion.

And that is what I want to create with this class.

Had a lot of fun building this one. It was kind of fun creating a slow and steady paladin, one that was more about tracking and resisting attacks than being good at killing things. Each of the oath spells reflects that, too. Plus, I managed to not have too much overlap with the Oath of Vengeance unless it made sense to do so.

The two Channel Divinity effects were pretty easy to decide on. The first one allows you to mark a target. I used a lot of the features of Locate Creature and mixed in some of the Ranger’s Favored Enemy in there. It’s mostly utility, but it really adds flavor (and hopefully story points) to this crazy subclass. The only effect I’m a little on the fence about is the one that’s similar to the barbarian’s Feral Instinct which this oath picks up at 3rd. However, the effect only works against a quarry, and it’s only if you’re surprised. Plus, unlike barbs, you don’t get to “rage on!” giving yourself extra damage and resistances when you do it. You just say, “Hey! I’m going to go kill that dude over there. LEEEERROOOOOY…” you get the point.

The other Channel Divinity feature is a fear effect that gets a big buff at 7th. Nothing too crazy with this one at 3rd. It’s a little “uninspired” but necessary for the class, I felt.

7th drops all frightened creatures prone and makes them lose their reactions. This, in my mind, is the “room clearing” feature. Its purpose is to get all other targets out of your way so you can reach your quarry. Looking at the math, the average creature attacking a prone creature does an effective 2.50 bonus damage (if each attack at 7th level has a 65% chance of hitting and deals roughly 11 damage, that means it deals a virtual 7.15 damage without advantage and a 9.65 with advantage; that’s a delta of 2.50). Compared to Oath of Conquest that automatically deals half your paladin level in psychic to all bad guys in the aura, it ends up being roughly the same.

At 15th, the paladin picks up an Uncanny Dodge-like ability that lets it heal against attacks made by its quarry. The amount it heals is in line with the Oath of Redemption’s healing factor at the same level. Plus, it’s still limited only by the quarry.

Finally, the capstone power makes you nearly unbeatable against your quarry. Your speed increases, you can cast your oath spells as a bonus action (which are all non-damage dealing), and you gain resistance to all damage from your quarry. This is a once per day effect and it’s limited to a single target.

At 3rd level, a paladin gains the Sacred Oath feature. The following Oath of Termination option is available to a paladin, in addition to those normally offered.

Terminator paladins stalk the world searching for their quarry. For them, there are no second chances. No talking your way out of it. When the terminator is coming, all you can do is run. And even then, it’s just a matter of time.

Death is the Only Solution. No surrender, no bargains, no imprisonment. Termination is the only way.

Relentlessness. Until my quarry is destroyed, I will not and cannot stop, even at the risk of my own well-being.

No Attachments. I must separate myself from compassion. And I cannot feel pity or remorse for my target.

Tireless Pursuit. There is no time for rest as long as my quarry lives and breathes.

You gain oath spells at the paladin levels listed.

When you take this oath at 3rd level, you gain the following two Channel Divinity options:

Mark Quarry. You can use your Channel Divinity to select a target that you are obligated to terminate. To use this effect, you must describe or name a creature that is familiar to you. The effect must mark a specific creature known to you so long as you have seen that creature up close–within 30 feet–at least once. That target becomes your quarry and remains your quarry until the target dies, you die, or you mark another creature as your quarry. While you have a target marked as your quarry, you gain the following benefits:

In addition, if you are surprised at the beginning of combat and aren’t incapacitated, you can act normally on your first turn, but only if you spend your turn performing any of the following  before doing anything else on that turn:

Menacing Presence. You can use your Channel Divinity to move creatures in your path. As an action, you force each creature of your choice that you can see within 30 feet of you to make a Wisdom saving throw. On a failed save, a creature becomes frightened of you for 1 minute. While frightened by you, the creature has disadvantage on Wisdom (Perception) checks to notice any creature other than you. The frightened creature can repeat its saving throw at the end of each of its turns or if it takes damage, ending the effect on itself on a success.

At 7th level, you emit a frightening aura while you’re not incapacitated. The aura extends 10 feet from you in every direction, but not through total cover.

If a creature is frightened of you, it falls prone in its space if it is able and it can’t take reactions while in the aura.

Starting at 15th level, your single-minded devotion to terminating your quarry helps keep you alive. When the creature that you selected as your quarry using your Mark Quarry feature hits you with an attack, you can use your reaction to reduce the damage by an amount equal to half your paladin level plus your Constitution modifier (minimum of 1).

At 20th level, you become consumed by your goal to track down and kill your quarry.

When you start your turn within 100 feet of the creature that you have selected as your quarry using your Mark Quarry feature and you are aware of it, you can use your action to enter a kill mode. For 1 minute, you gain the following benefits: