10 Things to Know About The Secret of Forsaken Peak 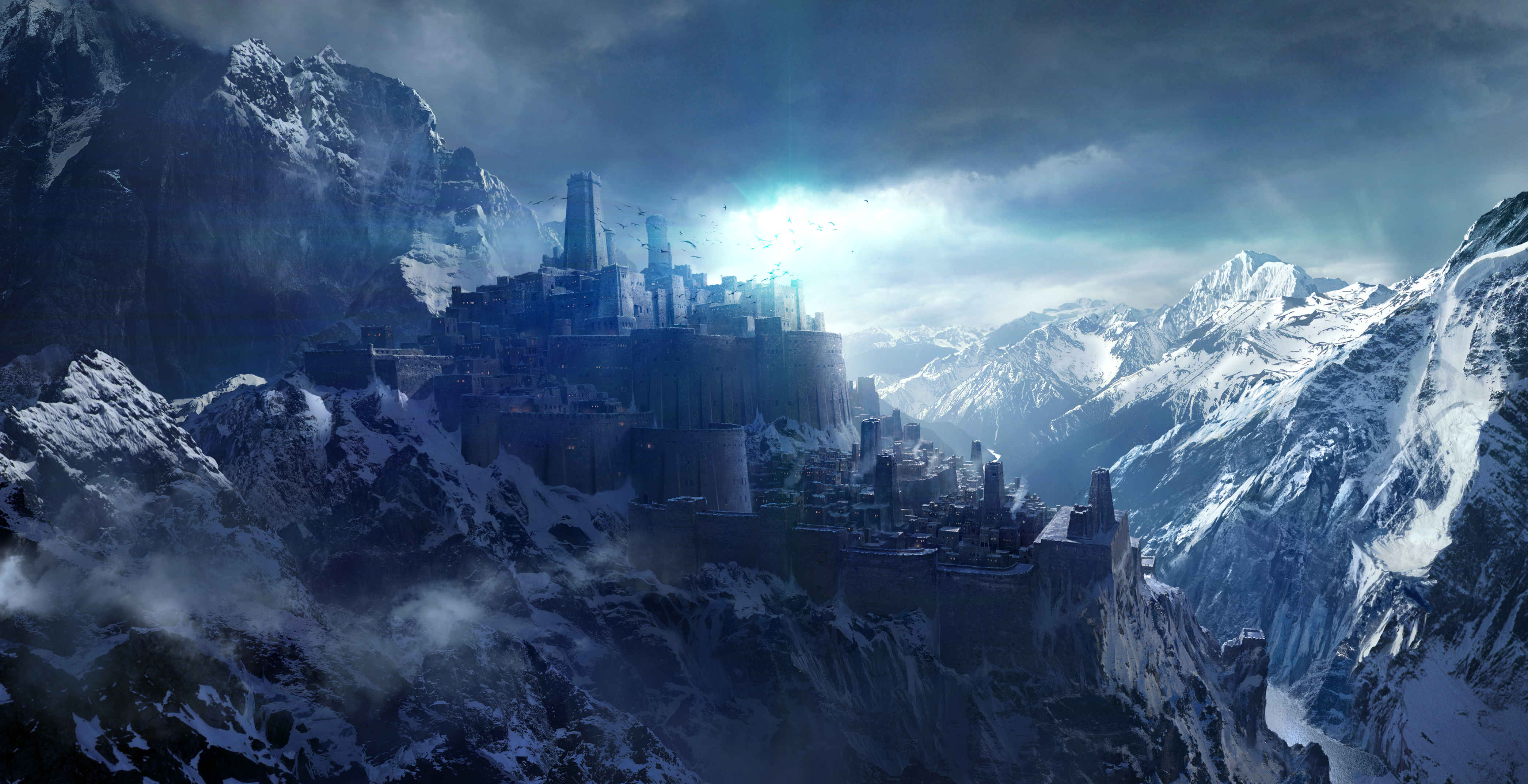 Those of you who’ve been keeping an eye on the blog know that Justin David Russell and I have been hard at work on an adventure setting titled The Secret of Forsaken Peak. I thought I might take today’s Top 10 list to offer some insight into what it’s all about.

This one might seem obvious (or phrased weirdly), but yes, the game is Fifth Edition compatible. Dungeons & Dragons Fifth Edition has what’s known as the open gaming license which allows creators like myself and JD to create original material for Fifth Edition so long as it meets certain guidelines. Certain intellectual property is not allowed to be used under the Fifth Edition OGL (like a certain “eyeball monster” or “squid-faced psionic creature”), but for the most part, everything else is fair game. Isn’t that rad of the folks from the Coast?

When I started writing The Secret of Forsaken Peak, I didn’t know it would be a horror/dark fantasy setting, but it sort of just evolved that way. Part of this direction came from JD’s love of OSR and late ’80s fantasy films which tend to have a darker, grittier vibe to them (like Conon, Excalibur, Krull, and Willow). The other part came from my recent interest in Guillermo del Toro’s ghost movies and love of Guy Davis artwork. You can see some of those influences in recent creature designs I’ve made. That’s not to say the thing is a balls-to-the-wall gore fest, but it certainly is lacking some of the “sheen” of modern Fifth Edition adventure settings.

Fun fact: each part of the dungeon is based on the directorial/storytelling style of a famous horror director. I might hold a contest after it’s released where people have to guess which is which.

There are, no kidding, 6 full levels each with 5-6 maps each. Within each of those maps are 20-25 areas, for a grand total of 750 some areas. Plus, there’s side views of the entire mountain itself, regional maps, maps of local towns, and more. It’s a fully functional world just as it is, but you can easily inject it into any campaign setting you like (we left it pretty “setting agnostic” in that respect).

In addition to the sheer size of the dungeon itself, I’ve been creating new monsters left and right to populate the place. Already, you can see a number of the monsters I’ve created here on the site: bloodless ones, darkwind, doghead and the cold children, goblin worg-riders, and the leaping mother.

#5 – There will be a whole slew of new player options, too.

You can expect at least one new subclass per class. Plus, there’s going to be plenty of new magic items, feats, spells, and other cool things that we’re putting into this bad boy. So even if you’re not a GM, there’s plenty to gain and learn from getting this book. A lot of these player options will have a bit of a “Heroes of Horror” slant to them and sort of go for the “grittier” feeling of old-school D&D. You can expect weird, dark magic, bloodthirsty rogues, powerful barbarians, and more.

JD’s knocked out all of the maps already. In fact, they’re all available up on social media accounts as well as his Patreon. If you aren’t already following JD, do yourself a favor and follow his Facebook account where he posts DAILY maps. I can honestly say that I have never seen a cartographer in this business that makes daily maps at his quality. He also offers all of his maps in high resolution on his Patreon. Go check ’em out.

#7 – The first chapter is done and available for FREE, right now!

Part 1, the Goblin Mine, is already up on the site and available to download for free. It’s formatted in typical Fifth Edition format (red headline font, beige background, etc), but that’s likely to change come full print run. Regardless, it’s been peer review and it’s good to go. All you have to do is sign up to the newsletter which reveals details of the book and the Kickstarter as they come out. Get part one, now.

Also, we’ll be doing a competition soon. There will be 10 winners of the competition. Each winner will get a copy of the book once it’s done PLUS have their character, monster, whatever designed and put into the book. Plus, one person out of the 10 winners will get to play a part of the adventure with ME, DMDave, either online or at a convention. How neat is that?

So be sure to join the newsletter to find out how you can win!

#8 – The entire book will be written before the Kickstarter in February.

Pretty much the only thing that myself and JD are working on right now (other than, you know… work, family, etc) is the book and its content. Part 2 is nearly finished and should be up either tonight or tomorrow. It takes place in one of the creepiest parts of the dungeon, too, the eyries. Once the holidays are out of the way, I plan on knocking out one or two parts per day. That way when the Kickstarter gets here, all that will be left to do is format, a little bit of art, and getting the thing printed.

Yep. Come February, when we go to do the Kickstarter, the entire book will be available here on the blog FOR FREE. Is that crazy? Well, yeah. Of course, it’s a lot nicer to own the 500+ page hardcover book that’s going to come out all this work, but we’re not greedy, folks. You wanna play, it’s yours for free. For those who DO back us on the Kickstarter, you’ll get the official “preview” version of the book sent to you right after the Kickstarter campaign ends (this is basically the “rough and tough” PDF version of the entire thing) plus the hardcover once it comes out sometime in the third quarter. And you know, a shit ton of other cool stuff, too.

#9 – Both Justin David Russell and I are experienced professionals.

Justin David Russell is a full-time freelance illustrator and cartographer with years of experience in the business. No “day job” for that guy! Draw draw draw is all he does. And it’s some bomb-ass old school work, too. Not only does he do maps, but he does a lot of cool line work and can even paint his ass off, too. He’ll be supplying the cover art, interior art, and of course, the maps for the whole bloody thing.

And I’m a professional writer (I write over 17,000 words per day). Not only do I do it on the side with this site but also for a major tech company where I’m the ghostwriter for the CEO. In fact, my work has been featured in Bloomberg, New York Times, and even Real Simple. Furthermore, I’m an experienced marketer, web developer, and have had a successful private label manufacturing company for 3 1/2 years.

We’re extremely confident in our ability to deliver our product on time. And even if for some reason the Kickstarter doesn’t work out, we’re STILL going to put the book out in PDF/Print-on-Demand format. How about that?

#10 – A portion of the proceeds will go to help two sick friends of mine.

This last year, two good friends of mine got pretty sick. One of them, a member of my normal Saturday campaign, became ill with kidney failure. As of this writing, he’s still waiting on a kidney. My other friend is a close friend of the family and father of three who contract a mysterious illness that the doctor’s still haven’t been able to figure out (it’s seriously some real Doctor House shit, no joke). A portion of the proceeds from the project will go to help these two get better and take care of their respective families. I’ve got a good job and a couple of successful side gigs. I started this march towards a Kickstarter to help those guys out as much as I can.

Also, I’m totally going to turn them into NPC’s, too. Muahaha…