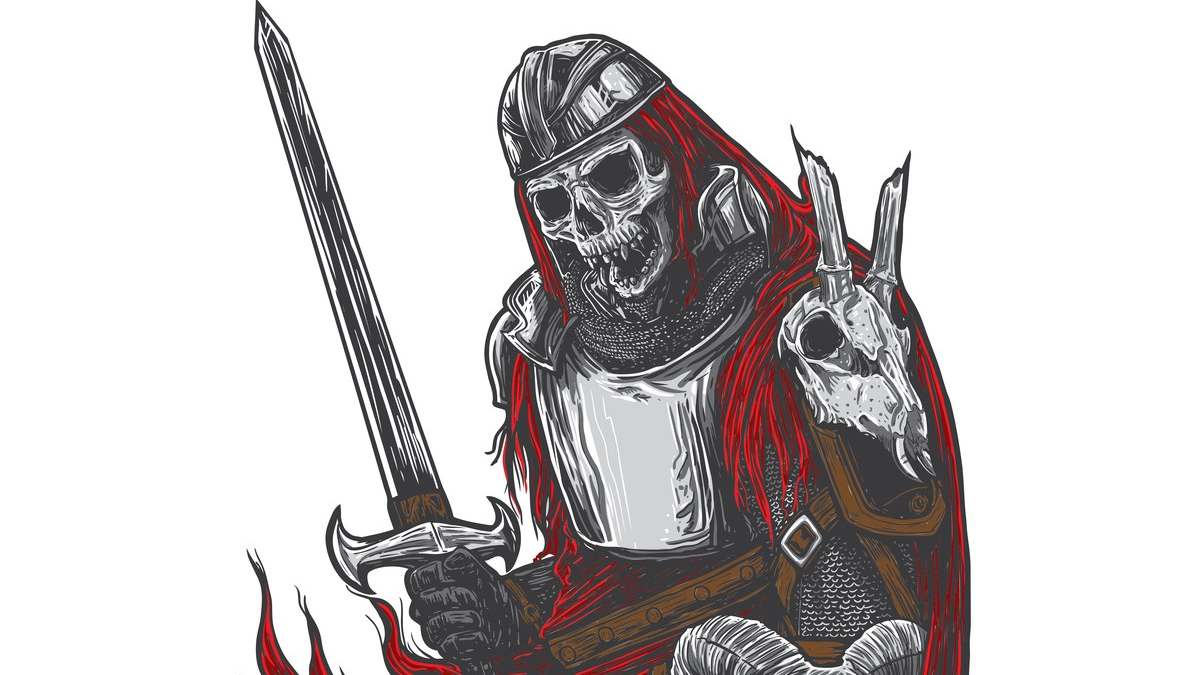 Here is a monster request from Patron Dustin:

In the ruins of Peburh Stronghold: The Eternal Guard of Enombath

The guards of the prior (I’m thinking 5th or 6th) great kingdom of Enombath. They swore their undying allegiance to the ancient lich king. Their oaths still keep them tied to the physical plane and they continue their vigil at the seat of his power.

I was thinking cr 4 creatures patrolling the remains of the royal keep in the core of Peburh. Skeletons wearing plate or splint armor. Maybe having some paladin class features.

Undead Nature. The Eternal Guard of Enombath does not require air, food, drink, or sleep.

Terrifying Charge. If the eternal guard moves at least 10 feet straight toward a creature and then hits it with a greatsword attack on the same turn, the target takes an extra 7 (2d6) slashing damage. If the target is a creature, it must succeed on a DC 14 Wisdom saving throw or have disadvantage on its attack rolls until the end of its next turn. A creature immune to being frightened automatically succeeds on its saving throw.