10 Monsters Created by DM Dave (That People Seem to Love) 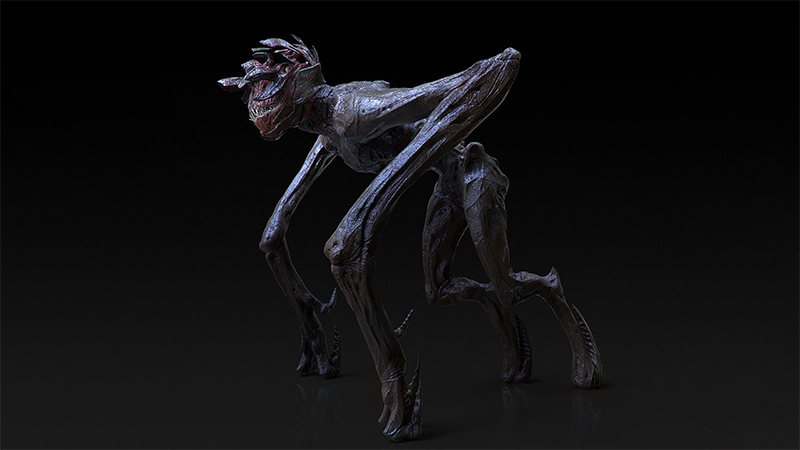 I’ve created a ton of monsters for this site. And it’s been a ton of fun. Of course, not all of the monsters I make are a huge success. Some get made and vanish into obscurity. However, there’s a few I’ve made that people seem to really resonate with.

Here are the 10 monsters that I’ve created that people really seem to love:

#1 – The Monsters from A Quiet Place

A Quiet Place is definitely the best movie I saw this year. So it was a lot of fun creating stats for them. Since creating this listing, the post has gone viral twice. I think the thing that I enjoyed most about making these monsters was taking the time to break down the scenes to figure out just how fast they move.

Not too long ago, I asked my (almost) seven-year-old son, Jack to help me come up with four new monster ideas. What he came up with was simply terrifying. Room-sized mimics, blood-drinking worms, haunted books, and a giant man-eating snake. People really seemed to like all of them!

Kirby, the little pink fluff that eats his enemies and spits them out (or digests them), was a fun threat to create. Having shared it on Reddit, the little guys’ stats exploded. There was just something horrible about a creature that could eat PC’s and gain powers based on whatever their highest stats were.

#4 – The Omnimortis (aka The What-The-Hell Monster)

I had a follower on Instagram ask me if I could help stat up an undead monstrosity that one of his players had created. The result? A monstrous thing with the body parts of, like, eight or nine different creatures. I had a lot of fun making it, especially when I gave it the ooze-like split ability.

I’ve never played Monster Hunter: World. But when I got the request to do the mountain-sized BBEG from the game, Zorah Magdaros, I went a little above and beyond my normal requests. I actually turned old Zorah into a map, taking him one step past your typical Gargantuan beastie.

Super talented artist Tony Franklin created some real nightmare fuel when he designed the abrethaghal. Needing stats for it, I jumped right on, immediately recognizing these horrors as a beholderkin. Not just any beholderkin, either, but one that’s part-humanoid/part-beholder. Eww…

Asshole monsters have been a part of Dungeons & Dragons for a long time. So I had a lot of fun coming up with three of my own. The list includes a fake mindflayer, bugs that look like coins, and giant worms that hang from the ceiling and eat your head.

For a while there, I was going through lomion.de’s list of Ravenloft monsters and recreating them for Fifth Edition. For whatever reason, the third one I did was much more popular than the rest. Maybe it’s because it included the awesome Uncle Skeleton from second edition?

This one was another bizarre request that came in through Instagram. Someone sent me a photo of a bunch of creepy dolls surrounding a taxidermy wolf wielding a (no shit) halberd. I have no idea why they had this thing in their home, but it sure was fun coming up with stats for it.

It wasn’t only the third part that did well in the Ravenloft conversions, but it seems like it was the first part as well. This edition included a banshee variant, a new goblin, and a nerfed revenant variant. Something tells me that its popularity came from the half-naked banshee that was on the cover. Call it a hunch.

It’s been a lot of fun making these monsters! And more are sure to come.

If you haven’t already, be sure to check out the new FREE adventure, The Secret of Forsaken Peak: Part 1 – The Goblin Mine. It’s part of a massive 30-part megadungeon that myself and artist Justin David Russell are working on.