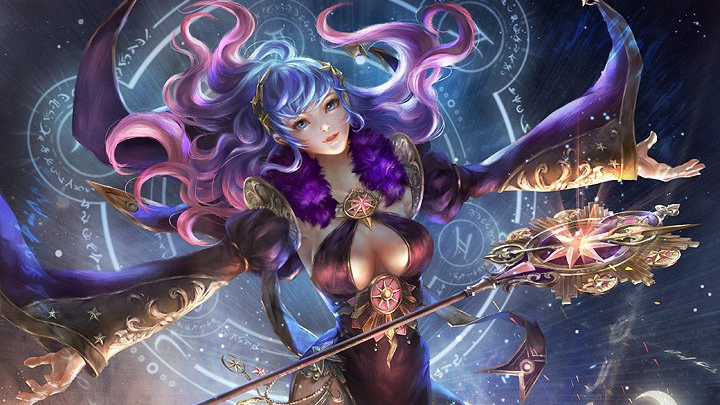 Originally, I was going to do a sea sorcerer. But then I discovered that there already is a sea sorcerer. So with the last minute change, I picked time. But how on earth do you create time mechanics for Dungeons & Dragons?

Time stop, for example, is a freakin’ 9th level spell. Haste and slow are both 3rd-level spells.

Let’s see what we have to work with mathematically by looking at the “neater” sorcerous origins (ie, not Wild Magic since it’s totally wack-a-doodle).

So we’ve got a pretty good idea of how the sorcerer’s powers work. Now I need to just figure out how to make it “time bendery.”

Here are a few things I want to accomplish:

Man, what a fun build. Like many sorcerers, it’s got tons of goofy, flavorful powers, but I love it.

First up are your 1st level powers. You get History expertise. Nothing crazy there. And then you get time sight, which lets you meditate to see into the past. Originally, the Temporal Connection power was here, but I thought it was cooler as a 6th level ability a la the Barbarian’s Feral Instinct. The two powers are essentially weaker versions of commune and the Knowledge cleric’s Visions of the Past feature.

At 6th level, you get a version of the Barbarian’s feral instinct. It seems in line with most of the powers at 6th for sorcerers and other classes so it should be fine.

14th is the first “crazy” feature that lets you turn back time a la Dr. Strange to change a single event. In addition to allowing the roll in question to be remade, you can warn one of the creatures involved so it can make the roll again with advantage or get a bonus to its AC.

Finally, at 18th, you can really F up the world by creating an aura of temporal insanity that slows down every creature (note I said every) within 30 feet of you. Yes, this is like a suped-up slow spell that doesn’t allow for a front end save–and yes, you get haste on top of it–but for the cost of 6 sorcery points and measuring this power against other capstone powers (dude, you get unlimited 60 feet of flying if you’re a Storm Sorcerer and you can Peter Pan all your friends on top of it)–I think it’s fair. Also, it’s usable only once per day and you age a year each time you use it.

Go ahead. Fight me on it.

At 1st level, a sorcerer gains the Sorcerous Origin feature. The following Time Bender option is available to a sorcerer in addition to those normally offered.

Magic isn’t the only thing that affects the fabric of reality. Time, the mysterious fourth dimension, equally twists and bends the multiverse, creating life where there once was none and destroying it just as quickly.

You were born out of time, either the result of chronomancy gone wrong or born in a pocket of alien time. Whatever your origin, it has changed you, giving you the power to bend time to your will.

Your magic is drawn from this temporal connection. Instead of crafting spells from the arcane might of the gods or drawing on the power of the weave, you replace present instances with future or past ones. For example, if a door is locked, you might access a time when it wasn’t (wizards call this “knock”). If enemies are charging at you, you might stop them with a fireball pulled from a long forgotten primordial era.

Time Benders live outside of time. You might look ancient, but have the mind of a young child. Or you may look like a teenager with the logic and wisdom of a great sage. Things can sometimes seem or feel slow to you one minute when the next everything’s moving too fast for you to keep up.

Your disconnection to the normal flow of time imbues with a greater knowledge of the past. You are proficient with the History skill and your proficiency bonus is doubled when you make ability checks using it.

At 1st level, you can take a mental trip into the past to see events outside of your current timeline. You must spend 1 minute in a trance-like state while your consciousness steps back into the past or forwards into the future. Choose one of the following benefits:

Once you use this feature, you cannot use it again until after you finish a long rest.

At 6th level, your connection to the fourth dimension prepares you against foreseen dangers. You have advantage on initiative rolls. Additionally, if you are surprised at the beginning of combat and aren’t incapacitated, you can act normally on your first turn. However, you can use either an action or a bonus action, not both.

Turn Back the Clock

Starting at 14th level, you can bend time to alter a single event. After you or a creature makes an attack roll, ability check, or Dexterity saving throw, you can use your reaction to reverse time to the moment just before the roll was made. After the reversal, the target must roll again and keep the new roll.

In addition, before the target rerolls, you can warn the same creature or another that you can see within 30 feet of you that can hear you as part of the same reaction. The creature gains one of the following benefits of your choice until the start of its next turn:

Only you remember the original events that transpired before you reversed time.

Once you use this feature, you can’t use it again until after you finish a short or long rest.

At 18th level, you possess the ability to bend time to your will, a rare ability known as chronodisruption. You can spend 6 sorcery points as your bonus action to create an aura of altered time around you, affecting each creature within 30 feet of you. An affected target’s speed is halved, it takes a -2 penalty to AC and Dexterity saving throws, and it can’t use reactions. On its turn, it can use either an action or a bonus action, not both. Regardless of the creature’s abilities or magic items, it can’t make more than one melee or ranged attack during its turn.

If the creature attempts to cast a spell with a casting time of 1 action, roll a d20. On an 11 or higher, the spell doesn’t take effect until the creature’s next turn, and the creature must use its action on that turn to complete the spell. If it can’t, the spell is wasted.

The slowing effect ends for a creature if it moves more than 30 feet away from you. Also, an affected creature can attempt to break the effect of your chronodisruption while it is within the area of effect. At the start of its turn, the target can make a Wisdom saving throw against your spell save DC. If successful, the effect ends for it. A creature that succeeds on its saving throw against your chronodisruption is immune to its slowing effect for 24 hours.

Until the chronodisruption ends, you are also under the effects of the haste spell.

The chronodisruption’s effects end completely after 1 minute. When the effect ends, you can’t move or take actions until your next turn, as a wave of lethargy sweeps over you. In addition, you age by 1 year. The aging effect can only be reversed with a wish spell or similar magic.

Next up: Warlock Patron of the Goat